BSAP surveys freshwater mollusks at sites proposed for highway projects and natural areas statewide. This work ensures that transportation projects initiated through the Illinois Department of Transportation (IDOT) are in compliance with state and federal environmental laws and regulations. 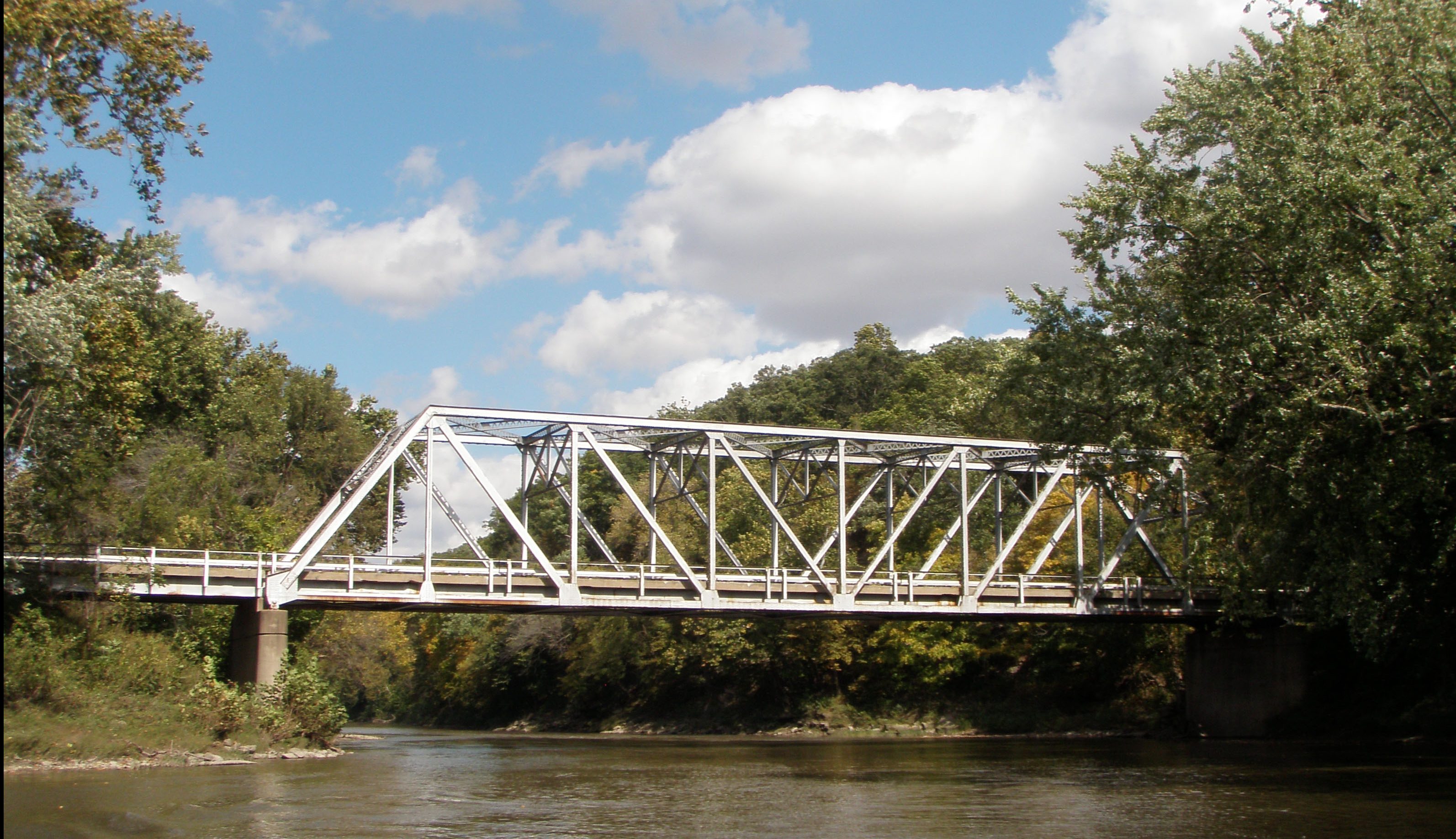 UBAP surveys freshwater mollusks in rivers and streams within the Illinois Tollway corridor to help ensure that the Illinois Tollway is in compliance with state and federal environmental regulations, while also preserving habitats and species native to the Chicago Metropolitan Area. 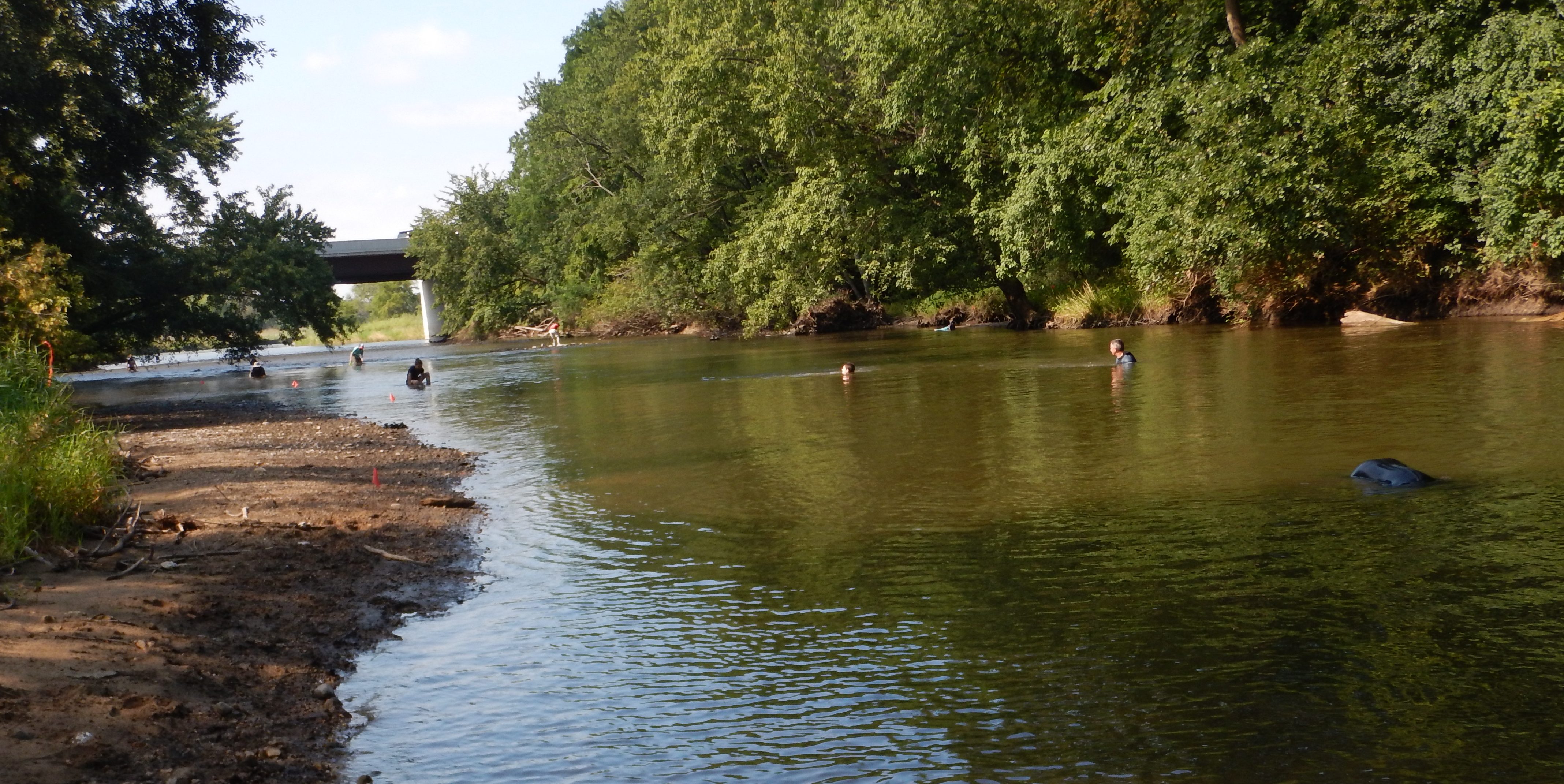 INHS scientists are continuously tracking the status and distribution of Illinois mollusks through research projects and biological surveys, like those in the Environmental Assessment Programs.

Through a state wildlife grant, baseline mussel community data were collected for each watershed throughout Illinois at existing long-term monitoring sites with the Illinois Department of Natural Resources and Illinois Environmental Protection Agency. 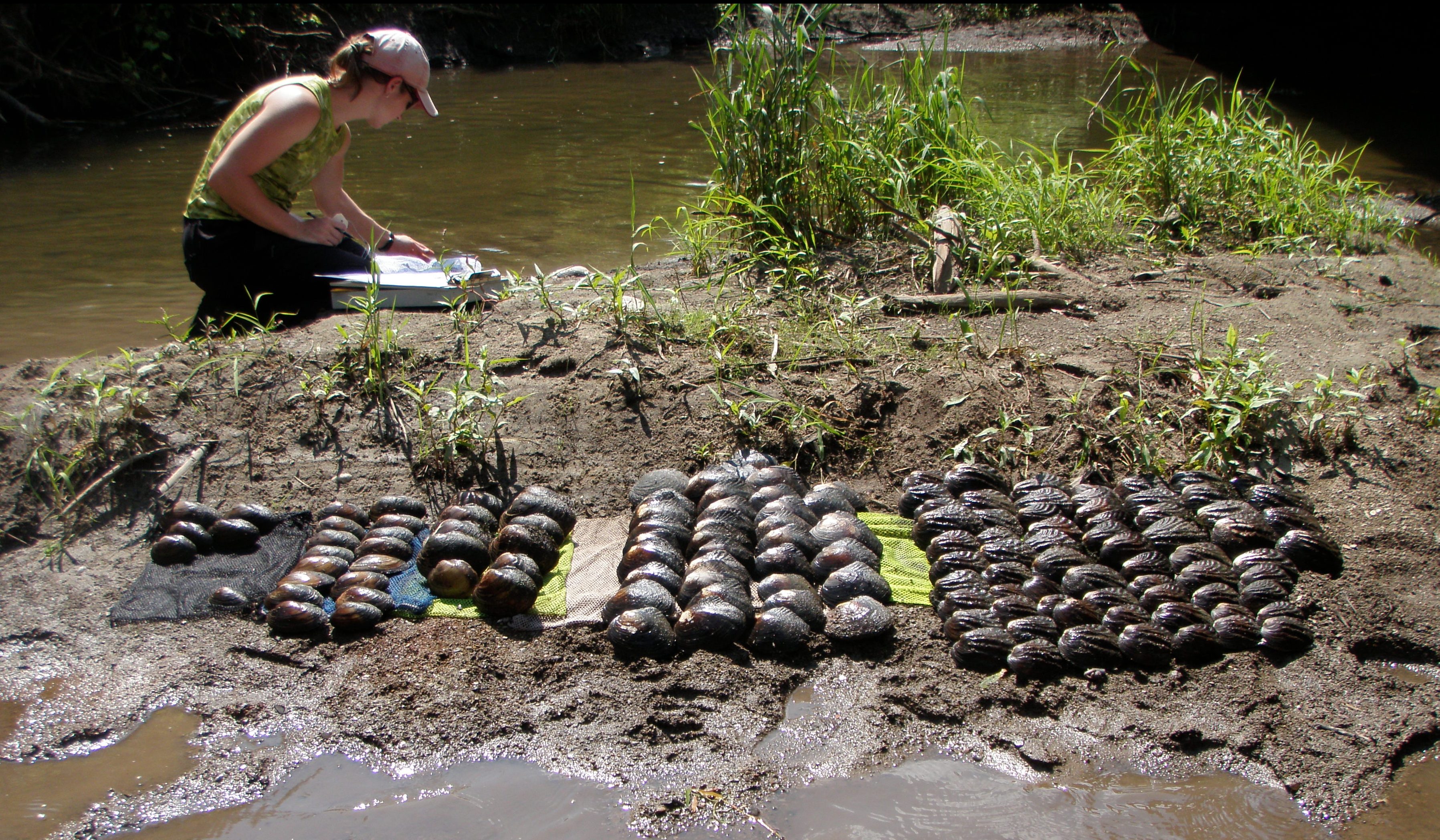 These data were a springboard for other research, including:

Recovery of endangered mollusks through translocation

Since 2005, INHS scientists have translocated thousands of federally-endangered Northern Riffleshell (Epioblasma rangiana) and Clubshell (Pleurobema clava) into their historic ranges in Illinois as part of the federal recovery plan. INHS is monitoring their survival and hopes to witness recruitment in the wild. Partners include U.S. Fish and Wildlife Service and state agencies in Pennsylvania and Ohio.

Clams in the genus Corbicula are invasive freshwater bivalves that pose a threat to lakes and streams in the United States. For years, the only species known to reside in the Midwest was Corbicula fluminea. In 2008, Corbicula largilllierti began appearing in the navigable rivers in Illinois and an unknown species appeared in the Illinois River in 2015. This unknown Corbulid is a novel invasion in North America, and ecological impacts are unknown. With the University of Michigan–Museum of Zoology, genomics and morphometrics are aiding the identification of these new invaders. 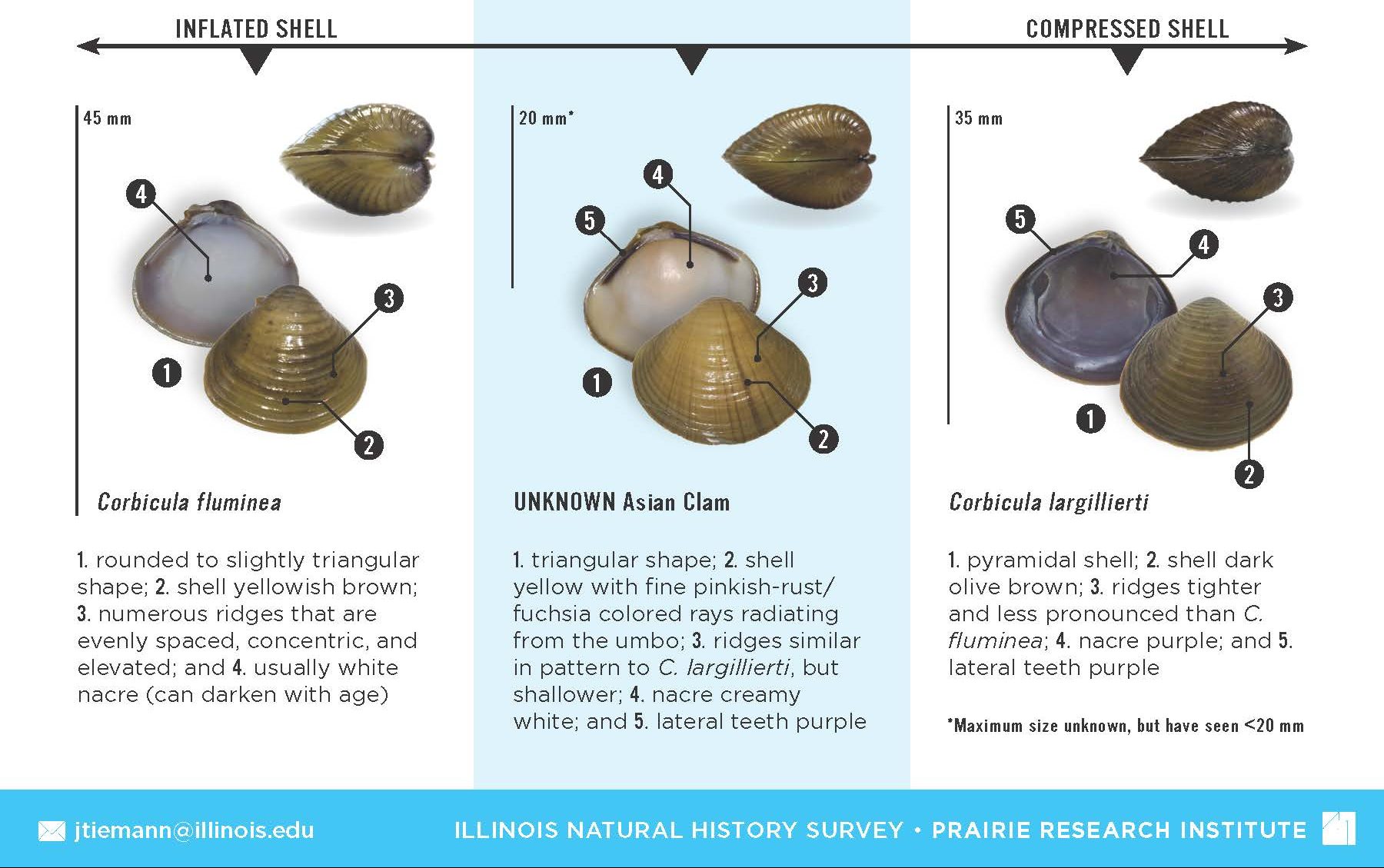 INHS Illinois River Biological Station staff conducted a study to evaluate how long-term, landscape levels changes in the Illinois River have affected aquatic biota. Through the combined use of museum specimens, modern-day animals, and 1,000-year-old archeological shell material, freshwater mussel shells can tell us a story that encompasses the past millennium. Partners on this project include the Illinois State Museum, the Illinois State Archeological Survey, and the INHS Mollusk Collection.